You can find on this page the Atlanta zipcodes map to print and to download in PDF. The Atlanta zip code map presents postal codes, address lookup and code list of Atlanta in Georgia - USA.
Atlanta is located in Georgia, US. The postcode for Atlanta are 30301, 30302, 30303 and etc. 9 digits to right of State, a hyphen between 5th and 6th digits, 2 spaces between State and postcode as its shown in Atlanta postcodes map. 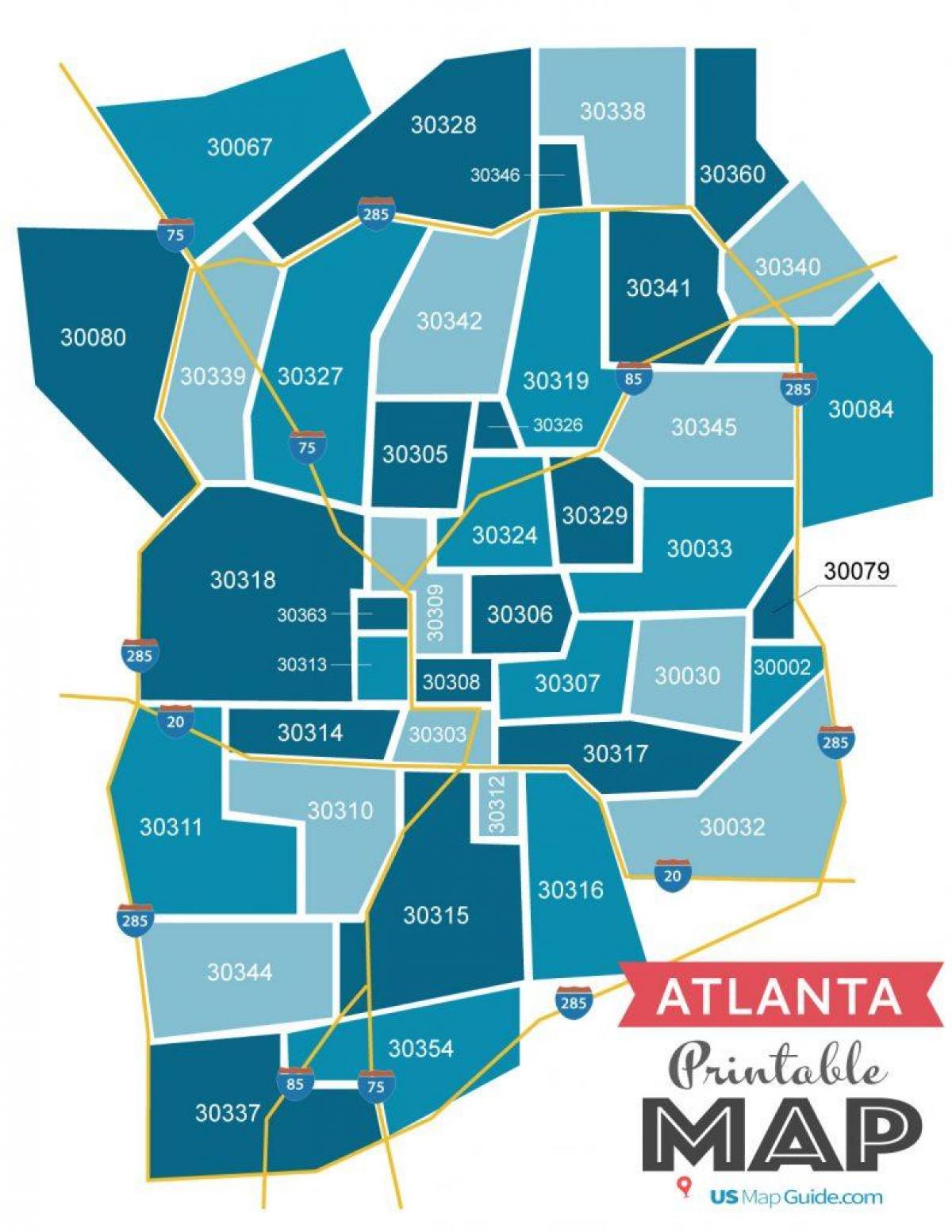 Atlanta is the actual or alternate city name associated with 92 postcodes by the US Postal Service. Each Atlanta community may have two or more zip codes and some may even overlap with the neighboring communities, so it is often confusing for those who are relocating to the area.  For example, Marietta has six unique zip codes, but the 30004 postcode includes a portion of three suburbs (Alpharetta, Milton and Roswell). Search in Atlanta postcodes map for the most popular Metro Atlanta postcodes, from Johns Creek to Buckhead.